Actress Eleanor – Nabwiso Proposed To Me At 2 AM

Former Hostel actress Eleanor Nabwiso describes her husband as a friend who was just heaven sent. “I can still describe him as heaven sent. We have been married for now three years but we are still best friends. We are like twins,” a jolly Eleanor describes Mathew Nabwiso. In an interview with Mikolo, she opened up about her happy marriage with the apple of her eye, a man she says is ‘God sent’. Eleanor and Matthew met on cast at the Fast Track Production offices here in Kampala in 2010. Their love grew by the day until they tied the knot.

Tell us how you met Mathew Nabwiso

I met Mathew at the auditions of the Hostel. He came and said Hi to me and told me I looked familiar. I was a member of obsessions group before I joined the hostel. When we finally started acting together in the hostel, we became good friends. With time, we started moving out to have fun. We grew much into each other. 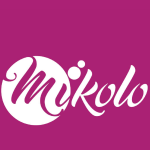